This review was first published on August 1, 2016 in THE Magazine.

It’s like seeing an afterimage. Though you blink, a vision continues to persist even after the original ceases. Over time, these images and afterimages layer upon one another, like sediment refusing to settle. Sky Hopinka’s films engender this sense: landscapes, words, memories, all feel like jetsam adrift. They are lyrical and elusive studies of place, identity, and language.

IAIA’s Museum of Contemporary Native Arts is now screening (July 3-October 27, 2017) American Traditional War Songs: The Ethnopoetic Videos of Sky Hopinka, a compilation of six short films with a total running length of sixty-eight minutes. Hopinka (Ho-Chunk Nation of Wisconsin/Pechanga Band of Luiseño Indians), who recently had three short films screening at the Whitney Biennial, seems to always to circle around a particular locale. And while his approach is documentary to an extent, it is never straightforward. Rather, his films, all roughly between six and fifteen minutes long, give us glimpses of woodlands, seas, lakes, infrastructure, and interiors without ever telling us where we might have landed. Instead, the voices of others are offered up as narrators in our wanderings.

In Visions of an Island (2016), an Unangam Tunuu elder speaks as the camera roves about the verdant hills of Saint Paul, an island in the Bering Sea where, in the late eighteenth century, the Aleut were relocated as Russian slaves and seal hunters. The speaker moves in and out of English just as quickly as the camera pans over a seemingly empty landscape, heavy gray clouds hovering over the greenery. Seal colonies once covered Saint Paul. “The areas where they were, they’re not there anymore… If you ever visit the island, if I’m still here,” the Unangam Tunuu elder says, “I’ll be glad to tell you about it.” Hopinka’s grandmother speaks of a former home, while images of night traffic pulse across the screen in Kunjkága Remembers Red Banks, Kunjkága Remembers the Welcome Song(2014). Her words, translated in subtitles, become a jumping off point for a broader exploration of Green Bay, the Ho-Chunk people, and the first non-indigenous settlers of the area. Interspersed between her recollections are the letters of Jean Nicolet— the first to land there in 1634—the trills of water lapping against the shores, and views of the bay itself. Acts of remembrance are laden with origin or creation stories and histories of deterritorialization. Yet in both films neither narrator is revealed visually. Their words hold their places, becoming a reservoir for personal and collective memories that revolve around landscapes no longer what they once were. 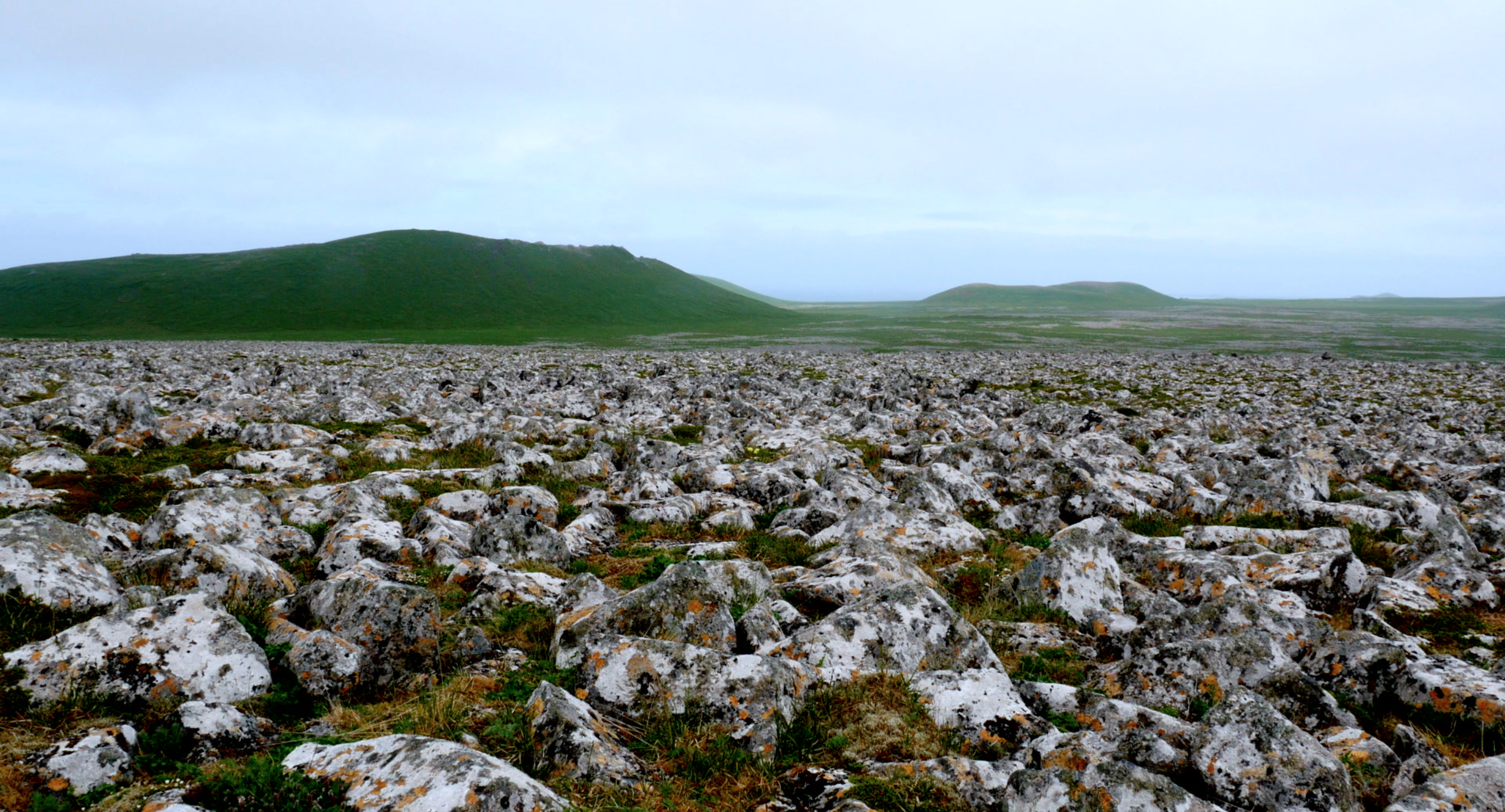 A pronounced interest in language surfaces in Hopinka’s films, becoming most apparent in wawa (2016), where the utterances, translations, recollections, letters, and pronunciations of individual speakers start slowly, only to become unwieldy. Hopinka, who received his MFA at the University of Wisconsin Milwaukee in 2016, has been involved in the revival of Chinook wawa. Classified as extinct until recently, Chinook wawa was a creole tongue born at the height of the fur trade along the northwest coast. The film maps its creole nature; speakers’ transmissions eventually overlap into an aural patchwork of phrases and sounds.

The words of poet Diane Burns ebb in and out of I’ll Remember You as You Were, Not as What You’ll Become (2016), just as crosses streak across the screen. Dancers from the Naimuma powwow are seen in negative. All are set to the dramatic music of a southern hymn, a crescendo of sound and image. I’ll Remember You as You Were is more evidently abstract, but it, like the others, is truly striking, evoking intense, indescribable feelings, even while withholding ready conclusions. Each leaves you with more questions than answers. Here form and content sometimes track together—but most times not. Still, the “imprecise connections” they bring into being express Indigenous histories and notions of displacement on other more poetic terms. Their illusory quality makes them all the more potent, for not having access to clear narrative arcs means that viewers can never truly master them. As Hopinka describes his works, they are ethnopoetic, a turn away from the ethnographic gaze that has often objectified native peoples and toward an ethics of opacity. 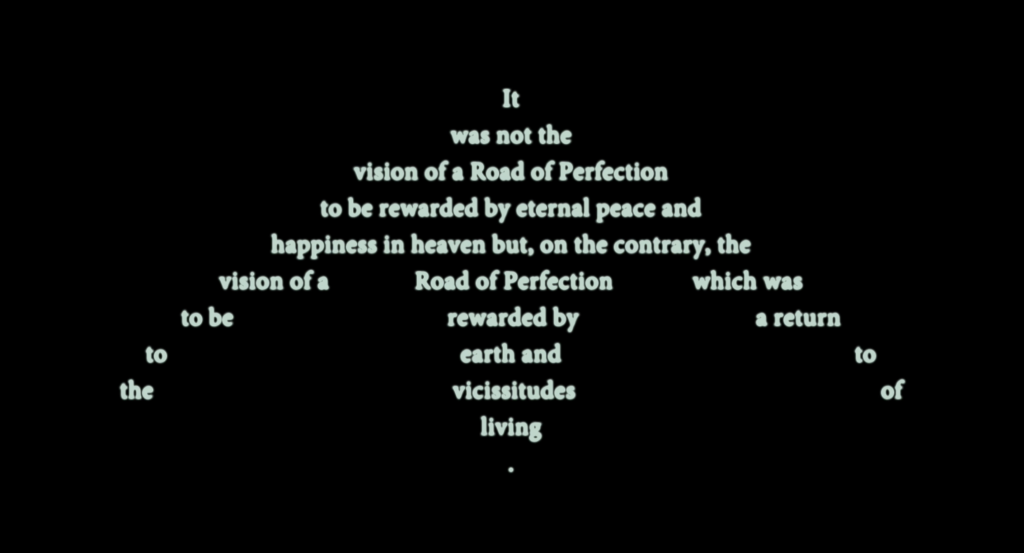